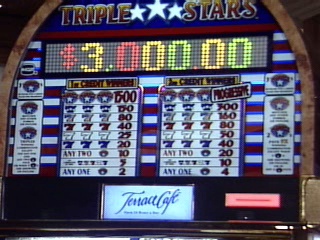 GREENE COUNTY – Statistics released by Alabama Department of Labor show that job losses in one county in Alabama, Greene County, unilaterally brought up the state’s average unemployment rate to 6.9 percent last month, up from 6.7 percent the previous month and 6.5 percent one year ago.

“Only Greene County registered an increase in their unemployment rate,” the report from the Alabama Department of Labor said, “while all other counties saw declines ranging from .4 percent in Winston County to 1.2 percent in Perry County.”

This announcement comes after on March 31, officials with the Alabama Attorney General and the Alabama Department of Public Safety raided four bingo facilities in Greene County, seizing over a thousand electronic bingo machines and thousands in cash.

As a result, according to Greene County Commissioner William Underwood, nearly two thousand jobs were lost in April.

In 2003, voters in Greene County approved an amendment to the Alabama Constitution legalizing some forms of charitable bingo, including through the use electronic bingo machines, under the supervision and guidance of the Greene County Sheriff.

Since, a legal battle between Greene County and the State has ensued, with Alabama Attorney General asserting that the bingo machines are illegal under state law.

A similar legal war is occurring over a bingo facility in Macon County, VictoryLand, from which the AG seized 1,600 electronic machines and more than $200,000 in 2013.

In that case, the AG’s office was forced to go to the Alabama Supreme Court to receive an order for a search warrant of VictoryLand after Macon County Circuit Court Judge Tom Young had initially denied it.

Similarly, the judge who signed the search warrant for the March 31 raid of the Greene County casinos has publicly said that she in no way involved voluntarily in permitting the raid, as she was ordered by the Alabama Supreme Court to sign the warrant under the threat of contempt of court.

“There have been so many rumors and untrue statements regarding the search warrants signed be me to raid GreeneTrack, Frontier Bingo, River’s Edge, and Green Charity Bingo.” Judge Lillie Jones-Osborne has said. “But please know that I have never been a willing participant in the Greene County raids.”

Given the long legacy of discriminatory practices around voting in Greene County and the constitutional amendment legalizing charitable bingo by an overwhelming vote of over 70 percent, Alabama’s only Democrat in US Congress, Representative Terri Sewell, has asked that the US Attorney General and the US Department of Justice investigate possible voting rights infringements in the county.

In fact, a representative form the Department of Justice met with Eutaw Mayor Hattie Edwards, GreeneTrack Attorney Charlanna Spencer, and other community leaders about the Greene County raids, the actions of the AG, their legality, and their overall impact on the community, both legal and economic.

Though April’s unemployment numbers were grim due to the raids, their effect may be short lived. Greene County Sheriff Joe Benison last week notified gaming facilities that they could reopen their doors, a move that – while good for those who lost their jobs in April – may lead to further action by the Attorney General, though his office has yet to comment.

Sheriff Benison, like the judge who was forced to signed the Greene County warrant, has publicly attacked the AG’s decision to raid the bingo halls, saying that AG Strange has no legal authority to close the facilities.

“The Constitution of Alabama is the highest legal authority in the state, and this document allows the sheriff, and the sheriff alone, to interpret and enforce laws regarding bingo,” the Sheriff’s attorney has said. “He has of course vetted the machines to make sure that they comply with the law. He continues to maintain that the attorney general does not have the authority to interpret the law as it applies to bingo in Greene County.”

Currently, Alabama is 38 among the states in national unemployment statistics.

Greene County’s April unemployment rate jump was rare, putting the county in the the bottom spot for the first time in a long while, up to 12.7 percent from 9.8 percent just one year ago.