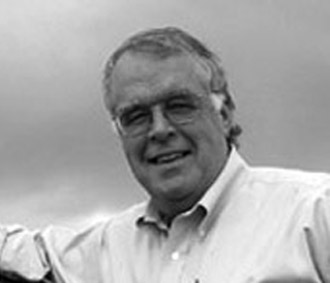 You can learn a lot by watching the rear end of a mule for hours on end.

You learn the value of hard work. Really dirty, hot tiring work. You learn to be ever alert, praying that the plow you are manhandling will not find a hidden stump or rock, stop dead in its tracks and stick a handle deep into your gut.

And you learn about motivation and promise yourself that if the opportunity to ever get away from the mule comes along, you will seize it.

This was most of Alabama 65-70 years ago. A world of yeomen farmers and their brood of children doing all they could to make it through another day as the Great Depression lingered and World War II loomed. This was the world Paul Hubbert was born into in the north end of Fayette County on Christmas Day 1935.

A world where 67 percent of all the 3,100 farms in the county were less than 100 acres. A world that shaped his value system his entire life.

I know this because it was the same thing that shaped both me and my daddy, who was the son of a Covington County sharecropper. I learned the same values when daddy moved me and my sister and mother to 80 acres in Mobile County in 1953.

Hubbert left home in 1954 determined that education would be his ticket away from knee-high cotton plants and a pick sack. Within ten years he had earned three college degrees and was working for the Tuscaloosa City school system. His next job was superintendent of the Troy City system and his final career move came in 1969 when he was hired as Executive Secretary/Treasurer of the Alabama Education Association.

I don’t remember when I first met Paul Hubbert, or the circumstances. But it was at least 30 years ago and probably involved politics. While I knew that he had built AEA into a powerful political force and was someone to be reckoned with in the legislature, he was always just Paul to me, a country boy from Hubbertville, AL.

Along life’s journey I have always appreciated folks who have risen “up the ladder” so to speak, but have maintained their openness and were never anxious to convey their station in life to others. As we like to say, “Folks who didn’t forget their raising.” Paul Hubbert was one of these people. (Former Governor Albert Brewer and former Congressman Jo Bonner are others who come to mind.)

Hubbert’s reign at AEA has been well-documented, discussed and cussed. The lessons about hard work he learned years earlier in Hubbertville were never forgotten. He left no stone unturned in seeking a better life for those teachers and support personnel who are trusted with our children for hours each school day.

Without doubt he stepped on some powerful toes during his career. In politics, your friends come and go, but your enemies never forget or forgive. And though the foes of AEA universally admit their respect for Hubbert and his effectiveness, some have been salivating for years at the chance to undo what he built.

They got their opportunity in 2010 when republicans got control of both the House and Senate. Lame duck governor Bob Riley quickly called a special session and the first shots were fired at AEA. Hubbert retired at the end of 2011, largely due to declining health—not because the fire went out or he’d forgotten the lessons learned at the south end of a north bound mule.

I used to stop by his office from time to time. We’d spend 30 minutes or so talking about the Alabama political landscape, recalling life in rural Alabama and sharing some laughs.

In those moments he was never a political power who had worked with every governor for the last four decades. He was just a country boy who, once like me, held a hoe at the end of a row of cotton that stretched to eternity. And someone who never forgot where he came from.

Larry Lee led the study, Lessons Learned from Rural Schools, and is a long-time advocate for public education and frequently writes about education issues. [email protected]

In this article:education, Larry Lee