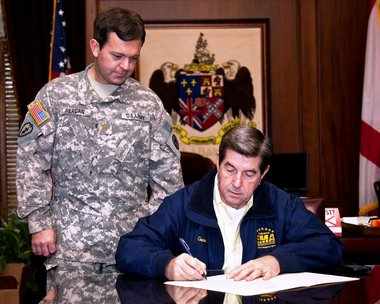 The purpose of this memorandum is to clarify the circumstances regarding my removal of Henry T. (“Sonny”) Reagan from his appointed position, my decision to seek the termination of his employment with the Office of Attorney General, and Mr. Reagan’s ultimate resignation.

Shortly after this Office opened an investigation into Speaker of the House Mike Hubbard, I recused myself and appointed Supernumerary District Attorney W. Van Davis to handle the case. A special grand jury was ultimately empanelled in Lee County to conduct an investigation. To date, that investigation has resulted in the conviction of former State Representative Greg Wren and the indictment of two other legislators, Rep. Barry Moore and Speaker Hubbard.

During his employment with this Office, Mr. Reagan forged relationships with persons, outside the Office of Attorney General, who had an interest in undermining the Lee County Special Grand Jury’s investigation. In October, it was alleged that Mr. Reagan had engaged in misconduct related to the Special Grand Jury, and I removed him from his appointed position as a Deputy Attorney General, pending investigation into those matters. In November, after considering all the evidence, including Mr. Regan’s response, I notified Mr. Reagan that I intended to terminate him from his Merit System position with the Office. On December 2, 2014, I accepted Mr. Reagan’s resignation in lieu of termination.

While working as a prosecutor in this Office, Mr. Reagan shared legal counsel with the indicted criminal defendant, Rep. Moore. Moreover, the representations of Mr. Reagan and Rep. Moore were both related to the Lee County Special Grand Jury . By sharing legal counsel with Moore on the subject of the Grand Jury’s investigation, Mr. Reagan created an irreconcilable conflict of interests. Mr. Reagan’s duties of loyalty and confidentiality to the State of Alabama and to the Office were compromised by his own personal interest in undermining the grand jury’s investigation – an interest he shared with the defendant Moore and his defense team.

Additionally, Mr. Reagan shared legal counsel with Speaker Hubbard, who was the subject of the grand jury’s investigation. The representation of Mr. Reagan by Speaker Hubbard’s attorney was, likewise, related to the Lee County Special Grand Jury. By sharing legal counsel with the subject of the grand jury’s investigation, Mr. Reagan again created a situation in which his duties of loyalty and confidentiality to the State of Alabama and to the Office with respect to the Hubbard investigation, conflicted with and were compromised by his own personal interests.

While he was sharing legal counsel with the indicted defendant Moore and Speaker Hubbard, Mr. Reagan was privy to confidential inter-office communications involving fellow prosecutors, investigators and staff members relating to the Lee County Special Grand Jury. For months, Mr. Reagan took part in inter-office conversations related to the Special Grand Jury, all the while concealing his simultaneous representation by the criminal defense team. By doing so, Mr. Reagan not only breached his duty of loyalty to the State of Alabama, but he also violated the trust of you, his colleagues.

Moreover, while he was secretly sharing legal counsel with the indicted defendant Moore, Mr. Reagan took action in his official capacity as a prosecutor that related to the Moore case, writing memos to staff and conducting business that related to the Moore prosecution. Mr. Reagan’s failure to recognize his own conflict of interests in that situation and to police his own actions was a betrayal of the duty of loyalty that he owed the State of Alabama and this Office. Mr. Reagan’s lack of candor with his colleagues and his attempt to undermine their prosecutorial efforts was, likewise, a betrayal of their trust, and yours.

To be clear, my decision to terminate Mr. Reagan’s employment was based solely upon the fact that Mr. Reagan breached his duty of loyalty to the State of Alabama and this Office, failed to safeguard the confidences of the Office, and violated the trust of his colleagues, all in violation of the policies of this Office and the Rules of the State Personnel Board. Mr. Reagan’s conduct fell far short of the high standard of honesty, integrity, and professionalism that the people of the State of Alabama have a right to expect of employees of this Office, and that you have come to expect from your coworkers.

As disappointing as this incident has been, I know our Office will continue to serve with the competence and dedication that the people of Alabama expect and deserve. I have every confidence in the integrity and professionalism of Acting Attorney General Davis. I am also absolutely certain that the members of the Special Prosecutions Division have conducted themselves with a high level of professionalism and will continue to do so. Any employee of this Office that has any questions or issues relating to the Lee County Special Grand Jury should contact Acting Attorney General Davis.

In this article:news, Stealing the Statehouse