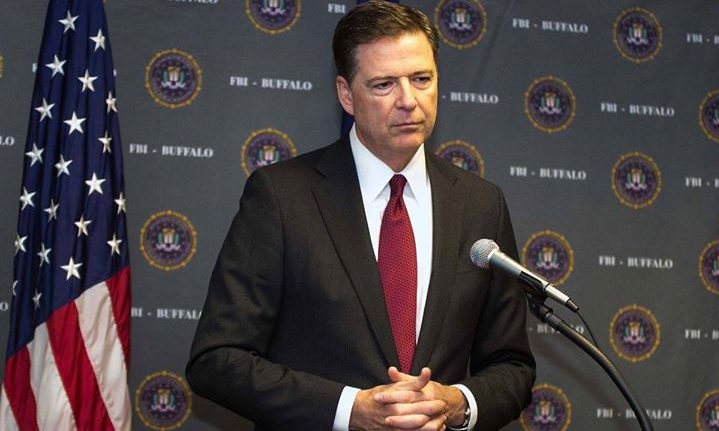 The inspector general released his findings that former FBI director James Comey broke FBI procedures but did not do anything that was prosecutable.

Alabama Republican Executive Committee Member former state Representative Perry O. Hooper Jr. released a statement critical of the IG’s findings that Comey did nothing he can be prosecuted for.

“The Inspector General’s report is in and once again the “Deep State” Department of Justice is refusing to prosecute one of its own, former FBI Director James Comey,” Hooper said in a statement. “This is the exact treatment Comey himself gave to Hillary Clinton and her treasonous behavior as Secretary of State. This is more than just troubling. As Trump stated and I whole heartily agree; “Perhaps never in the history of our Country has someone been more thoroughly disgraced and excoriated than James Comey in the just released Inspector General’s Report.”

The report highlighted Comey’s complete disregard of long-established FBI protocols that all evidence and records must be put online in the FBI central data base. Instead Comey kept his records on Trump and the alleged collusion scandal in a separate file he kept in his desk. The records rule was put in place after findings that legendary FBI Director J. Edgar Hoover kept his own personal files on Presidents, celebrities, members of Congress, and civil rights leaders and used those secret records allegedly for his own purposes. The IG also found that Comey leaked information, some of it classified, from his own secret records to the press for his own purposes.

“The illegal leaking of official FBI documents in Comey’s possession to the New York Times initiated the conspiracy that led to the two-year witch hunt by Special Prosecutor Robert Mueller,” Hooper said. “His team of partisan hacks wasted upward of 40 million dollars in a futile attempt to bring down the Trump Administration. Since the DOJ refused to prosecute, Comey is still eligible for his federal retirement.”

“This is what the IG’s investigation has confirmed: James Comey, as FBI director, created and maintained a separate record system that he kept in a desk drawer,” Brock stated. “He then also took most of those official records home. If that wasn’t enough recklessness, he leaked some of those records to the press after he was fired.”

“The IG methodically lists the numerous policies Comey violated, policies carefully designed over time to prevent the abuse of authority by those who self-craft a “higher loyalty” in their minds,” Brock explained. “Creating a separate record system in the FBI is a mortal sin, and with good reason. Every newly minted agent at Quantico learns this as part of FBI 101. Anytime an FBI agent, to include the director, collects information in an official capacity, that information must be documented, associated with a case file number and entered into the FBI’s case management system. Comey never did that. In fact, his now infamous memos weren’t entered into the official FBI system until after he was fired.”

“A separate, hidden record system gives rise to suspicions and disrupts the economy of trust that the FBI has worked hard to maintain with the American people,” Brock added. “Comey is quoted extensively in the IG’s report and appears nonchalant in his disregard for such rules. He asserts a theory of personal property over the memos he wrote that the IG easily swats aside in its shallow absurdity.”

Brock suggests that writing a future memoir was Comey’s motivation in all of this.

“Less than a year after his firing — voila! — his book, “A Higher Loyalty,” Brock stated. “Each of Comey’s violations — creating separate records, taking them home and leaking them to the press — are fireable offenses.”

While Comey was not charged with anything criminal in this report Brock suggests that is still a possibility.

“Next up will be the IG’s findings regarding Comey’s truthfulness before the Foreign Intelligence Surveillance Act (FISA) court and whether he attested to false or misleading statements in order to electronically monitor a presidential campaign,” Brock explained. “Comey believed he could sign off multiple times on a FISA application based largely on information that he, himself, described as “salacious and unverified.”

U.S. Attorney John “Durham and his team likely will follow up on emerging indicators that Comey may have colluded with other intelligence community leaders to actually “manufacture” the justification needed for an investigation by targeting covert informants against campaign representatives in violation of established policies and procedures,” Brock said of the ongoing investigation.

Kevin R. Brock is a former assistant director of intelligence for the FBI, was an FBI special agent for 24 years and principal deputy director of the National Counterterrorism Center (NCTC). He is a founder and principal of NewStreet Global Solutions,

“The real tragedy is that James Comey has betrayed the 34,000 honest hard-working FBI employees by his actions,” Hooper stated. American’s will continue to lose trust in our bedrock institutions like the FBI if their leaders keep misappropriating power for political purposes without facing consequences for their actions.

Kevin R. Brock is a former assistant director of intelligence for the FBI, was an FBI special agent for 24 years and principal deputy director of the National Counterterrorism Center (NCTC). He is a founder and principal of NewStreet Global Solutions.