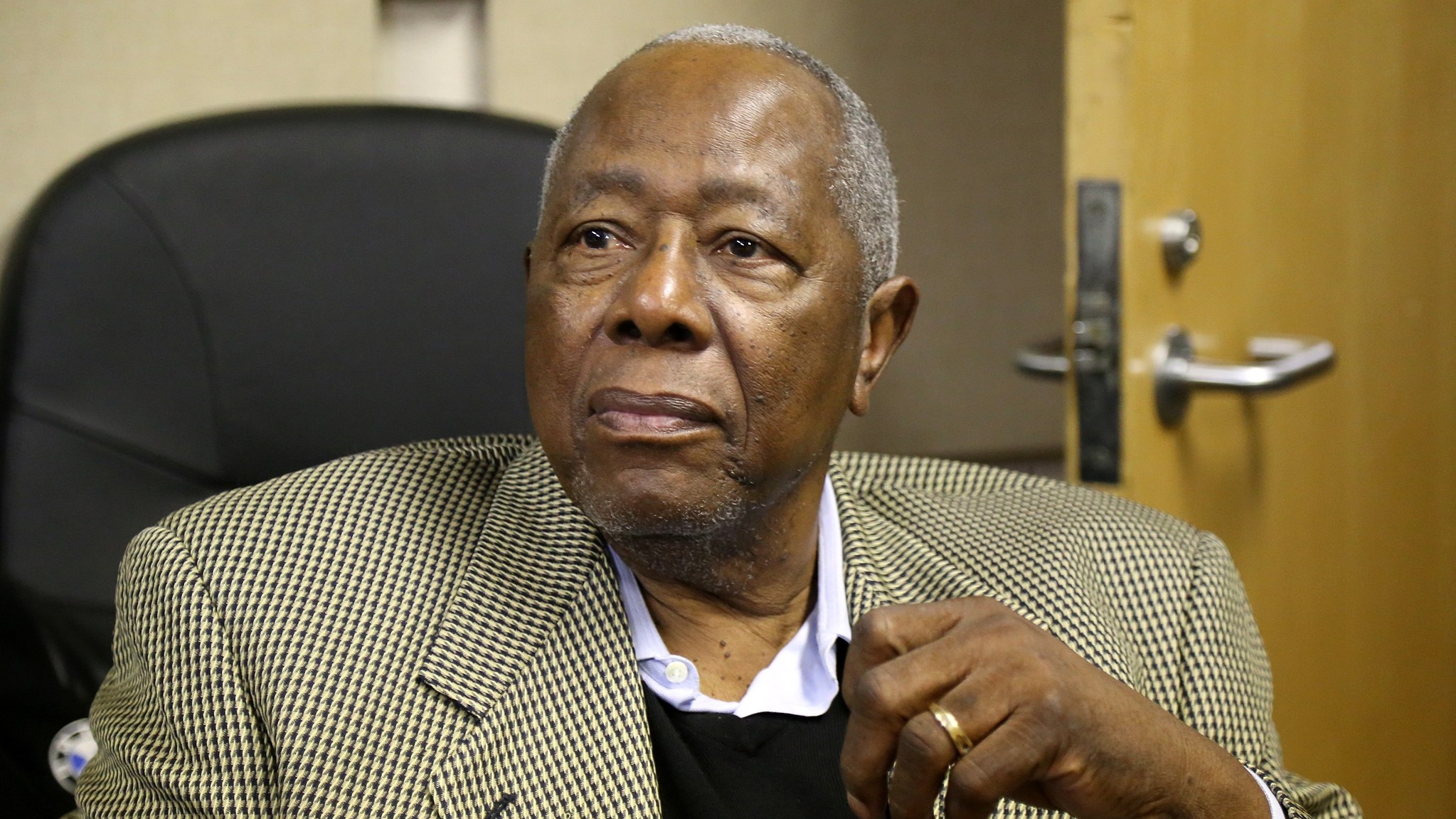 Hank Aaron looks on before World Series Game 2 in 2016. (VIA APARDAVILA/FLICKR)

“A Mobile native, ‘Hammerin’ Hank’ was a baseball legend respected not only for his performance on the field but also for his personal integrity and character. Hank Aaron never let his humble upbringing and lack of access to baseball equipment as a young boy hamper his growth or dedication to the game. Throughout his storied career, he would ultimately smash multiple baseball hall of fame records, most notably shattering Babe Ruth’s home run record by hitting 755 home runs. I’m proud to call him a fellow Mobilian, and I know his family and friends take comfort knowing his memory lives on in the lives of so many. My prayers are with the family and friends of Hank Aaron today.”

When the Milwaukee Braves announced that they were moving to Atlanta, Aaron was originally opposed to moving back to the South. Having grown up in segregated Mobile, Aaron said: “I know what’s down there.”

Aaron wanted to be traded to another team, until after meetings with Dr. Martin Luther King Jr. and Andrew Young, in which the civil rights leaders urged Aaron to put his concerns aside due to what he could do for the movement. King told Aaron that his playing in the South would be as effective as any protest. Aaron’s move to Atlanta, in an era before free agency and player movement, made Aaron the first Black athletic superstar in team sports to play for a team in the South.

“It’s not hyperbolic to consider Hank Aaron the perfect baseball player,” wrote baseball writer Jerry Brewer. “It’s not some grief-swelled attempt to lionize an irreplaceable giant. The man could do everything: hit for average, hit for power, run, play flawless defense in right field, lead. He could persist, through racist hate and death threats, and break the sport’s hallowed home run record.”

Aaron finished his Hall of Fame career with a record 755 home runs. That mark stood until August 7, 2007, when Barry Bonds surpassed it. Some baseball purists dispute the Bonds record, claiming with considerable anecdotal evidence that Bonds’s accomplishments were enhanced with the help of anabolic steroids.

In an era before sports nutrition and the miraculous medical advances that can save or prolong an athlete’s career today, Aaron was surprisingly durable. From 1955 to 1970, Aaron played in 145 games or more in every single season and played in 150 or more games in all but two of those years.

While today’s power hitters often accept high strikeouts as a consequence of hitting for the fences, Aaron had more walks in his career than strikeouts. Aaron had a great eye at the plate. For his career, he walked 19 more times than he struck out. In 1969 he had 87 walks and just 47 strikeouts.

Aaron had 10 seasons where he hit thirty or more home runs and had fewer than 65 strikeouts — a mark that has not been duplicated in MLB history, including in the steroid era. Aaron also had speed. He remains the career leader for stolen bases with 6,856 — 722 more than Stan Musial, who is second all-time. Aaron had 3,771 hits in his career and 2,297 runs batted in.

Aaron was the National League Most Valuable Player in 1957. He won the Lou Gehrig Memorial Award in 1970, and in 2002, President George W. Bush awarded Aaron the Presidential Medal of Freedom. Aaron made the All-Star team for 21 years of his 23-year career, failing to make the All-Star squad in just his first and last seasons.